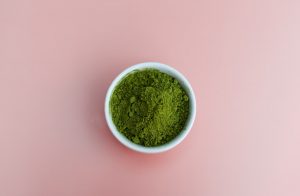 What does the kratom community need to do? How to support a cause you beleive in.

Not only did the year see roiling changes in the American persona, but it tested our resolve. It isolated us from things we care about. It changed the way we see things. It made us focus on what’s important.

Part of my post-pandemic resolution package has been to focus more on what matters to me, now that I feel I have regained the agency to affect change; something I know which weighed heavily on us, when we couldn’t do it, during the height (or low) of the pandemic.

What is Kratom Advocacy?

It’s important to understand what it means to be an advocate for something. Often times we think of advocacy in political or persuasive terms; we have an opinion, and we want others to see the merits of our opinion, while also requesting that they reassess their own ideas on a given subject.

But advocacy doesn’t necessarily mean convincing someone that you are ‘right’ and they are ‘wrong’.

In fact, when it comes to kratom, advocacy has taken a very different approach.

I’m sure many of you intuitively understand the idea what science has labelled as, among other things, the ‘Backfire effects.’ Sometimes, when debating a certain topic with someone, when an individual is presented with data that is contrary to their beliefs, they actually double down on their opinions. Strangely enough, we humans do this most intensely when we are proven wrong, at times. When challenged, we get defensive, even changing out stance to the offensive. This is all to say that many people do not like being told they are wrong, and won’t have their minds changed.

Thus, convincing people that ‘kratom is good’ and ‘if you think kratom is bad you are wrong’ may not be an effective way of advocating for kratom.

How to Advocate for Kratom

Luckily, kratom has this little thing called science on its side. While the community awaits even more definitive proof of the potential of kratom – especially in perhaps combatting the brutal opioid epidemic – anecdotal evidence is painting a powerful picture of the potential of kratom, and why it is worth advocating for. Countless stories regarding individuals discussing the positive impact kratom has had on their lives far outweighs the scattershot accusations of the FDA; this has created a community of advocates in its own way, as people wish to share the news of kratom out of empathy.

But the most important aspects to remember is the science avails kratom more than any anecdote can. The FDA’s failed mission in 2016 to ban kratom even saw the trigger happy DEA question the methodology of the FDA; simply put, the DEA, which needs illegal substances to exist for its budget and mission to be fulfilled, couldn’t even find a viable reason to ban kratom.

So what does this mean for kratom advocacy?

It means that education is the best way to advocate for kratom.

Arguing with people about their perspective on individual freedom, or the opinions on ‘alternative medicines’, or their understanding of the opioid epidemic may have good intentions, but it misses the mark. Because if somebody is educated about kratom, and still insists on demonizing it, there is not amount of data, truth, or fact that would show them the light anyways. Thus, any discourse which would attempt to sway them as it is is a moot point. Educating people by showing them good science, good reporting, being patient with those who do not understand, and being realistic with what kratom can and cannot do, is the best way to advocate.

Where Kratom Advocacy goes from here

The American Kratom Association – which became a powerful group as it led the charge in 2016 to protect kratom – is the most significant vehicle for kratom advocacy available to the community today.

The AKA is currently going state by state to pass kratom consumer protection laws. This will ensure that the science, not perception, fear mongering, or something even worse, dictates the rights of the kratom community. And it should come as no surprise that the mission of the AKA is primarily educational. They’ve had great success going into statehouses across the nation and promoting the safety of kratom usage purely from an educational standpoint – once lawmakers see the science, they understand that kratom is something to be further studied and embraced, not shied away from. It seems we’ve learned some type of lesson from the reefer madness days of the 60’s

The AKA is an excellent organization that makes the best of the donations they receive. (We are not affiliated with the AKA, though we do support them.) They are working tirelessly and affecting real change; look no further than their leadership in 2016 to see if they are worth the donation.

Join kratom groups and follow blogs (like this one!) By staying informed, you can be ready to confront the issues as a part of the kratom community as a whole; the “faces of kratom” campaign in 2016 oversaw a petition that reached the White House that was a huge boon to the cause, garnering hundreds of thousands of signatures. Every voice, even yours, counts.

Another secret of advocacy?

Be the type of person worthy of being advocated for.

Don’t talk about kratom like a drug – it isn’t one.

Don’t support businesses that market kratom as a way to ‘get high’ – it isn’t.

Be kind, respectful, and patient with those who may not understand kratom. Be open to criticism of kratom and the community. In short, be the type of person you think is deserving of the support the community is proffering kratom in the first place.

I think we’d be surprised how far that can go.